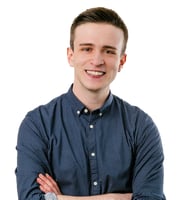 In today's blog, we would like to present the fourth and last update of the SAP Analytics Cloud this year. Considering our feature wish list for 2022, the final release contains less major improvements than we had hoped for. Yet, there are quite a few minor innovations that make working with SAC easier. Especially the newer features such as Workspaces and the optimized design mode have been improved.

The new release brings some enhancements to the transport functionalities. Users now have the option to export individual objects separately, i.e. without dependent objects such as associated data models. Thus, SAC enables a delta transport between the different tenants, with which only changed objects can be transported. In addition, Content Network Packages can be downloaded as a physical file. This means that transports between tenants can now be performed manually by uploading the package, and users can also physically back up and archive content to external storage. Administrators can disable the download and upload function in the system configuration. In addition, transports are now also possible for content stored in the private folder. The objects to be transported therefore no longer have to be publicly accessible as before. After the transport, the objects are automatically placed in the Content Network folder in the public area.

At the end of 2021, SAC introduced Workspaces as an alternative to the common file system. Since then, teams can create their own workspaces in SAC instead of creating their own folder in the public area and restricting access via permissions. This option particularly benefits companies that have many small SAC teams, as such a structure quickly becomes confusing in the old file system. In addition, workspaces simplify content management, as it enables you to appoint local area administrators who are responsible for managing the workspace. Until now, however, the content of the various workspaces was completely isolated.

For example, a user is assigned to the Aftersales and Marketing workspaces. Both workspaces have their own dashboards and data models. Previously, these workspaces were separate and a user could not integrate a data model from the marketing area into an aftersales dashboard. This restriction has now been lifted.

Users can now access content in all workspaces they are assigned to, regardless of the workspace they are currently working at. If the underlying data model of a story is in a different workspace than the story itself, users who are not assigned to that particular workspace will not be able to see any data in the report. However, they can request access directly from the story. There are also some improvements to the organization of workspaces. Users can now move content back and forth between workspaces and private or public folders. In addition, entire teams can now be designated as workspace administrators, eliminating the need to define administrators individually. 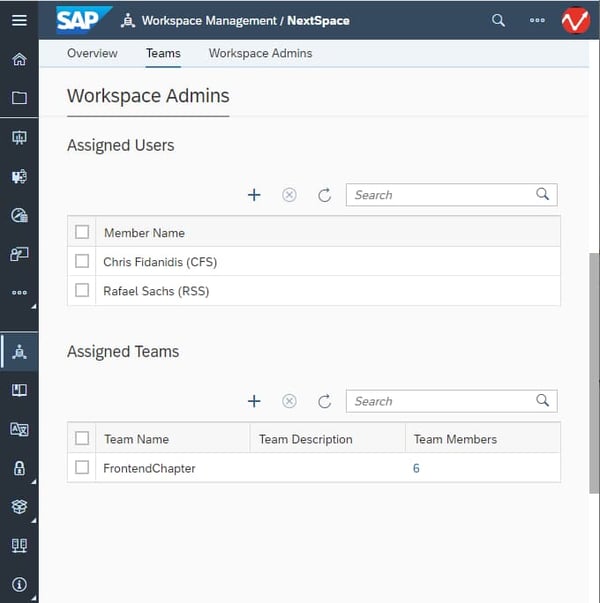 Optimized design mode now has a horizontal filter line. Previously, if a story had many different story filters and control elements, users had to toggle between them using a button in case their device could not display all the filters at once. The new filter line groups multiple filter controls together, making it easier for report recipients and developers to navigate. In addition, the elements of a control element can now be sorted.

Moreover, some features that were previously only available in classic design mode are now also usable in optimized mode, such as bubble and heatmap layers in the Geo Map. 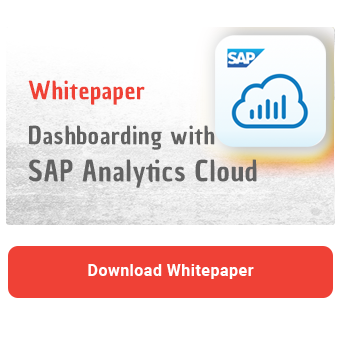 SAC Planning also sees some improvements with the new release. Using the task wizard, you can automatically generate multiple tasks. Previously, however, it was not possible to edit the tasks created via the wizard in a grouped manner. If it was necessary to make some adjustments, these had to be made individually for each task. For this reason, it was often easier to delete all tasks and create them again. The new release includes a bulk editing feature that allows editing general information as well as time parameters and assignees for multiple tasks at the same time. 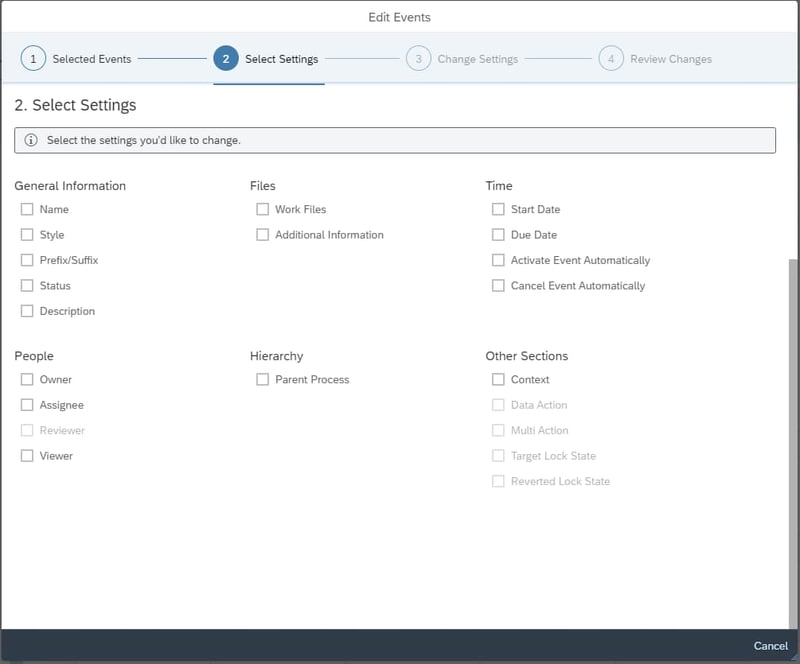 We are also excited about the new feature for value driver trees. These can now be broken down by additional characteristics and enhanced by sub-trees. By selecting a characteristic via the context menu, SAC creates another node level with the corresponding nodes for the selected characteristic values. The additional sub-trees allow for a more in-depth analysis and create a better understanding of the influencing factors.

There are also a number of other improvements in the planning area, such as a new comment column and the inheritance of data locks to calculated key figures. In addition, it is now possible to execute external API calls from a multi-action and thus trigger processes in other systems.

The new release brings some interesting improvements to SAP Analytics Cloud. However, most of the new functions are of no interest to the majority of users. Especially the innovations in the transport and planning area affect relatively few users. We were hoping for some bigger improvements at the end of the year, such as additional APIs and an expansion of CSS support in Analytics Designer. Nevertheless, we are happy about the numerous Quality of Life Improvements that came with the Q4 release and look forward to 2023 and the upcoming updates of SAC.

Written By: Maurice
Maurice has been working as an SAP BW / BI consultant in the area of dashboarding since September 2020. His particular focus is on various front-end tools such as Tableau, SAP Analytics Cloud and Power BI. In his spare time, he is an amateur musician with an obsession for learning languages and as a former e-sportsman, he has already represented Germany in the Mario Kart World Championship.