A few years ago, it was unthinkable that companies would rely predominantly on open source systems. The solutions were too superficial, too unstable and the mutual integration required a lot of effort. Today, due to the strong communities and contributing companies, open source solutions are constantly changing and bring exciting functionality - and without high licensing costs. So it's no wonder that the pure products of large software houses are losing importance and the interface to the user and the expansion of connected services are becoming more and more important. But is this the right strategy to counter the advantages of open source solutions?

In the following article, the general advantages of license-based systems and an open source architecture are contrasted and compared using the example of SAP Data Intelligence - a comprehensive data management system.

First of all, paid systems are considered. A major advantage lies in the supply of first-class interfaces. The integration possibilities of a system are nowadays a decisive reason for the system introduction. Important, common interfaces are therefore supplied directly with proprietary software. Especially with large software houses such as SAP, the integration of the manufacturer's own systems is first-class. Here, there is often a clear speed advantage over the openly accessible interface.

The license fee also ensures that resources are available for the continuous further development of the software. Security updates and new functions are thus reliably delivered for a defined period of time. One disadvantage is the dependence on the manufacturer's product strategy. For the example of SAP Data Intelligence, the software was affected by strategic changes in the area of artificial intelligence at the end of 2020. As part of this, some components such as automated machine learning (AutoML) were moved to a supplemented service.

The shift in thinking about software is reflected not only in new flexible licensing models (e.g., software-as-a-service), but also in supplemental services. While maintenance and support are always included in the software price as a basic service, today training courses, community events and workshops to promote the digital mindset of users are also included in the bundle. In this way, the manufacturer is not only a contact partner in the event of problems, but also a sparring partner during the organizational introduction.

Last but not least, the relief of the business users should be weighed up. Software that is subject to licensing can usually be hosted in the cloud of the vendor. In times of shortage of specialists, the managed hosting and the simplified system introduction provides free capacities.

In summary, software vendors offering licensable software provide a competitive offering that goes far beyond the software itself. Through flexible pricing and hosting options, they manage to meet modern requirements.

The term "open-source" stands for an open source code of the programs, which are free to use. The "free" also refers to the fact that initially there are no upfront costs such as licenses. A well-known example of this is the Linux operating system. The pure use of the source code is possible free of charge, while there are also providers of special support services (e.g. Red Hat), which are associated with costs based on this.

Why is it possible for software to be offered free of charge? Usually a larger development project is set up within the company to solve internal problems. For example, in AirBnB the workflow management system Apache Airflow was created and in LinkedIn Apache Kafka. To drive development across internal resources, the projects are published. Then a community forms around the projects. Other companies donate their developer resources for the further development and also hobby developers join in. The community is thereby differently strongly developed and varies over time. Here lies the greatest strength, but also the potentially most dangerous weakness of open source software.

If the software does not fully meet the requirements of the business case when it is introduced, internal company developments are easily possible. Due to the open program code, customizing is done in no time at all, and the diverse configuration options can usually be set centrally.

Since hosting is handled by the company's own IT department, this flexibility can be easily exploited, but resources and responsibility are permanently tied up here.

Before the final comparison of the advantages can be made using the example of SAP Data Intelligence, a brief presentation of the system now follows in order to form the comparable requirements for an open source architecture. 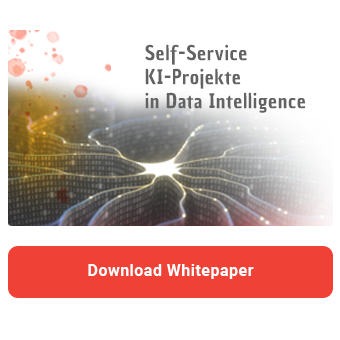 The SAP Data Intelligence data management platform is an easy-to-understand, comprehensive software solution for managing, integrating and analyzing data. Although the solution has its origins in the SAP context, connectivity to common systems is provided. With an integrated software development kit in Python and R and a Kubernetes-based processing backend, there are useful open source technologies even in this proprietary system.

The complete package is coupled with an optional hosting service in the cloud, so it can be used out-of-the-box. An overview of the comprehensive solution is shown in the following graphic.

Principles for the decision

In the last section, important aspects are listed that are significant in the individual decision in favor of the open source architecture or the paid SAP solution. Irrespective of this, the general open source affinity of a company is of course important, which is given by the corporate strategy and mentality.

When a new system is to be introduced, it should stand up to the requirements analysis formed in advance. Proprietary systems are usually more difficult to extend than open source systems, but they provide more functions from the ground up. In the SAP Data Intelligence example, several open source systems are needed to replicate the range of functions.

The configuration of a large-scale open source architecture can take several months or even years. A licensed solution is usually available out-of-the-box and requires little configuration effort, resulting in a shorter implementation time. In the case of SAP Data Intelligence, several hosting options are available. For example, if hosted via Amazon Web Services (AWS), the basic system is up and running in 4 hours.

Again, the decision is driven by available resources. The more capacity the experts have, the more customized the solution can be with open source system. If resources are tight, the mentioned out-sourcing towards software vendors can help.

Last but not least, the additional development effort should be offset against the saved license costs in a cost analysis. In fact, it is not possible to make any general statements here about which option is more cost-efficient in the overall package; instead, it depends on the individual needs.

Although the open source code offers a certain point of attack, open source technologies are usually very close to the current security standard due to the active community. Proprietary systems should not rely on security through obscurity. In the case of previous attacks on proprietary systems, the manufacturer's handling of the security vulnerabilities should be targeted more closely.

In summary, the decision for SAP Data Intelligence or the open source compilation as an alternative should not be made one-dimensionally on the basis of cost. Rather, it depends on the prevailing circumstances. In short, open source is a great option if you have capacity to operate it and also have other experience in the open source environment. If you need to implement quickly and produce results effectively in a single system, SAP Data Intelligence is an optimal choice.

We are happy to assist you in the strategic selection of a data management system - open source architecture or licensed - and support you in the implementation and conceptual design of initial use cases.